I am morally obligated to explain that Hibiscus Syriacus, or Rose Of Sharon, is neither a rose, nor is it native to Syria. In actuality, Rose Of Sharon is a woody, flowering shrub that is particularly tolerant of poor soil, cold winters, and polluted air. These are the main factors that contribute to its popularity as an ornamental plant in gardens around the world, and particularly well suited to gardens here in Dayton, Ohio.

What is a Rose Of Sharon?

The Rose Of Sharon is a form of hibiscus that grows naturally as a shrub, but can be pruned to grow into a wide range of shapes and sizes. This is why it is sometimes referred to as a tree –which it is not.

The Rose Of Sharon thrives under a myriad of pruning regimens, or lack thereof. Left to its own devices, the plant will typically grow to over 12 feet in height, and spread laterally 8 to 10 feet.

Another attractive quality of the Rose Of Sharon is its ability to thrive in conditions that would be detrimental to many other ornamentals. They do well in sand, clay, and moderately acidic soils, and while they prefer consistently moist soil, they are fairly drought tolerant (though you’ll see a decline in the number and quality of blooms if not watered regularly).

Combine this with the fact that the root systems are neither deep nor aggressive, and this plant is a standout choice for foundation plantings or areas that are less than ideal for more finicky cultivars.

When To Prune Rose Of Sharon

One thing you need to keep in mind about your Rose Of Sharon is that the buds and flowers form only on the new growth each year.

For this reason, the best time to prune your plants is in late winter or early spring, after the coldest part of the winter has passed, but before the plant begins to come out of its dormancy and put on new leaves.

This isn’t just about controlling the space in which the plant will grow to occupy, it’s also about defining the form that plant will take, and concentrating its energies on producing larger and healthier blooms.

How Much To Prune From Your Rose Of Sharon

The short answer is that it depends.

The new growth of the plant tends to develop vertically, though the branches will droop somewhat once they put on flowers. In its natural shrubby, vase-shaped form this results in a fanning out of the branches later in the season when the flowers bloom. Achieve this by trimming entire branches away near the base.

Achieve a fuller shape by pruning back from the ends of the branches. In the early spring, trim back the branches to achieve roughly the overall shape and volume the shrub will occupy. After that, occasional light prunings can help to keep things tidy, and restricting new growth to a maximum of two or three buds can result in larger, more impressive blooms.

Another option is to prune the plant down to a single stem, removing all lateral growth up to a certain level, allowing the main stem to develop into a thick, woody faux-trunk. This creates the appearance of a miniature tree that develops a layer of beautiful flowers. In this case, restricting the amount of new growth also helps to create larger and more vibrant blooms, at the expense of quantity.

Visit Stockslasgers to learn more about these beautiful flowering plants and to discovery what other shrub-like flowers would do well in your Dayton-area garden. We love meeting local gardeners!

Get exclusive sales straight to your inbox by entering your email below! Don't worry - we won't give your email to anyone else. Pinky swear. 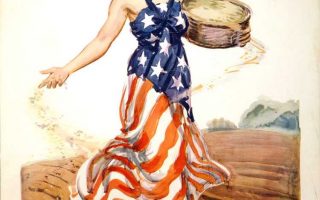 Dig For Victory: An American History of Gardening